September 8, 2021
What Do I Really Believe About the Bible?
Sharon Jaynes

Today’s Truth
All Scripture is God-breathed and is useful for teaching, rebuking, correcting and training in righteousness (2 Timothy 3:16 NIV).

Friend to Friend
My mom wore a two-carat diamond necklace that hung from a gold chain around her neck. My dad had given it to her for an anniversary. Before you say, “Good for her,” keep reading.

One day, when she was shopping in my little hometown, she walked through an alley separating two buildings. This spunky seventy-something year old held several packages and her purse looped over her wrist.

About midway through the alley, three teenage boys on bicycles circled her like buzzards over roadkill. One hopped off his bike and grabbed at her necklace. The others continued circling and keeping watch.

But rather than give the would-be-robber what he wanted, mom dropped her packages and began hitting the boy over the head with her purse. I kid you not. Who knew people really did that?

She was so mad; she took a few swings at the other boys as well.

“You get out of here you little rascal!” she yelled. “Leave me alone! I’m going to get you, you little…” Truth be known, she probably yelled some words that I will not include in today’s devotion.

I think the guys were so startled that she fought back; they got on their bicycles and scurried away.

A few months later, mom took the two-carat diamond into the jewelers for cleaning. After close inspection he dropped his head and said, “Mrs. Edwards, I don’t know how to tell you this, but this diamond isn’t real. It’s a fake.”

We’re not sure what happened. We’re not sure if my dad had been tricked and thought it was real, or if he knew it was a fake all along. He was already in heaven, so we couldn’t ask. (I bet my mom did when she got there though.)

Here’s what I learned that day. What we believe to be true affects the way we act and react. Personally. Spiritually. Emotionally.

First, we must decide if we believe the Bible is true. Our eternal destiny depends on that one decision because of how we respond to it. For example, is Jesus Who the Bible says He is? Will we accept Him or reject Him?

Secondly, if we do believe the Bible is true, then we can let the Bible define and defend itself.

Paul states, “All Scripture is God-breathed and is useful for teaching, rebuking, correcting and training in righteousness” (2 Timothy 3:16 NIV). The Greek word for “God-breathed” or as some translations say, “breathed out” is “theopneustos,” which means “inspired by God” or literally the very “breath of God.”

Some translations use the word, “inspired,” but it’s so much more! Inspired sounds like creative impulse. God-breathed means that every word in the original text of the Bible originated in the heart of God and was breathed into the heart of man so that they could write down exactly what God wanted to communicate.

2 Peter 1:20-21 says it this way: “Above all, you must understand that no prophecy of Scripture came about by the prophet’s own interpretation of things. For prophecy never had its origin in the human will, but prophets, though human, spoke from God as they were carried along by the Holy Spirit” (NIV).

So, here’s what I’m asking us to think about today. Do I really believe that the Bible is true…all of it? Or do I just like to pick out verses that make me feel better or support what I want to believe and do anyway?

Oh sister, I am so convicted and convinced today. God’s Word is true. How it must break God’s heart when His people ignore parts of The Truth that don’t align with what they want to be true.

But let’s go back to the alley. Three strapping teenage boys, in a secluded alley, were no match for my momma, but she should have never fought back. She could have been stabbed, shot, beaten, or killed. And for what? A fake diamond. Something that wasn’t true.

However, when it comes to the Word of God, it is not a fake that we wear around our necks in the form of a cross. It is real. It is true. I’d give my life for it. I stake my life on it.

Let’s Pray
LORD, sometimes it is difficult to know what is true and what is not. Thank You that we can know that Your Word is Truth. All of it.

Now It’s Your Turn
How does believing the Bible is true change the way you live? React? Act?

Read Psalm 119:105. What does this verse tell us about how God’s Word guides us?

More From the Girlfriends 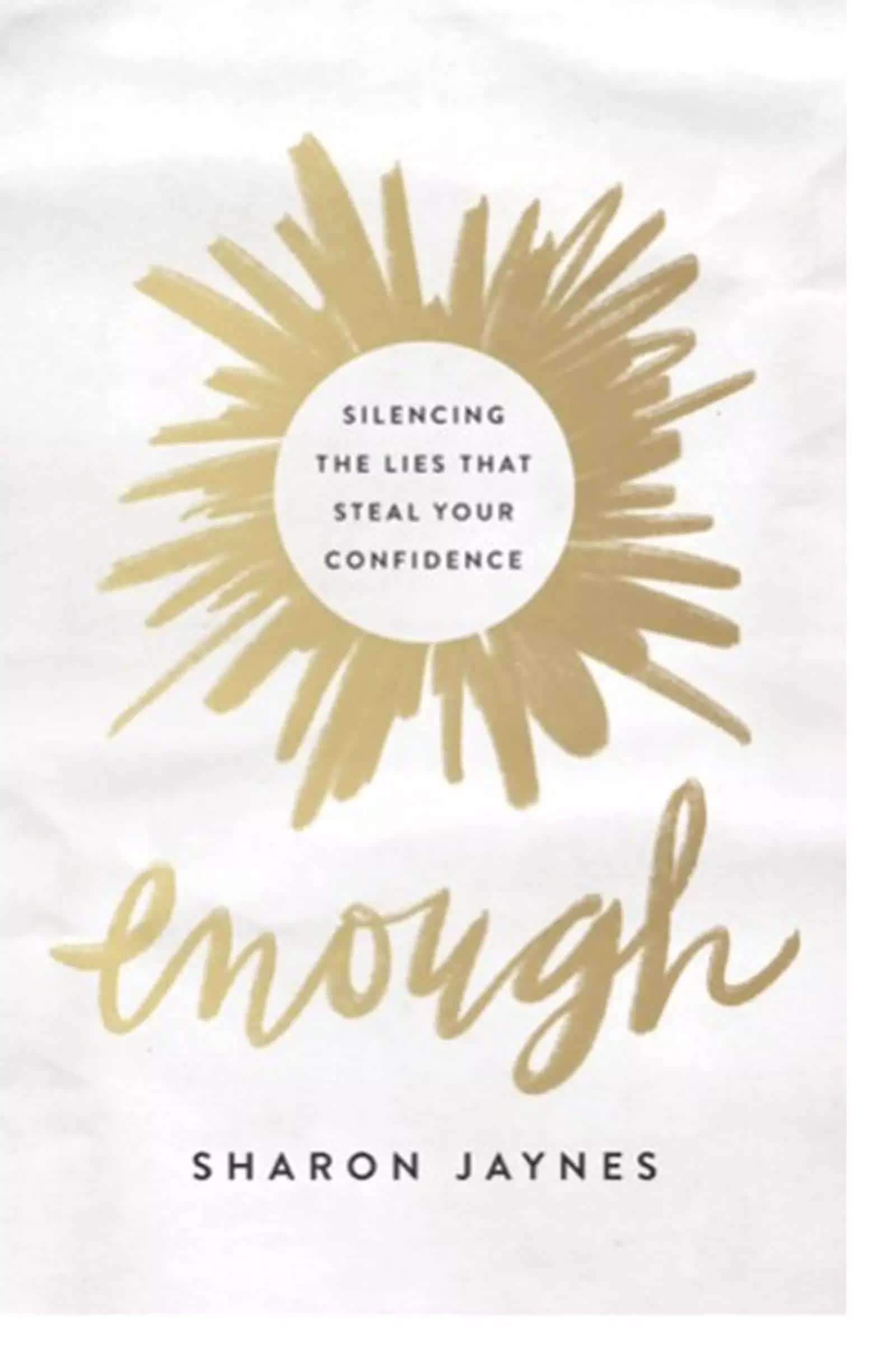 Speaking of truth, do you believe the truth about who God says you are? Do you doubt it? Let Sharon’s book, Enough: Silencing the Lies that Steal Your Confidence remind you of your true identity in Christ. Don’t let the enemy tell you any different.

©2021 by Sharon Jaynes. All rights reserved.

This content first appeared on Crosswalk.com and is used here with permission. To view the original visit: https://www.crosswalk.com/devotionals/girlfriends/girlfriends-in-god-september-8-2021.html