Over 70 years since they stopped officially meeting, the Inklings are still an iconic group of Christian writers. Whether you measure their impact by their books (notably C.S. Lewis’ Mere Christianity and J.R.R. Tolkien’s Lord of the Rings), groups following their example (the Kindlings, The Rabbit Room), or groups studying them (the Mythopoeic Society, The Marion E. Wade Center), their influence continues in surprising ways.

Much has been written about Lewis and Tolkien, much less about the other Inklings. Here is what you should know about the rest of this exceptional group. 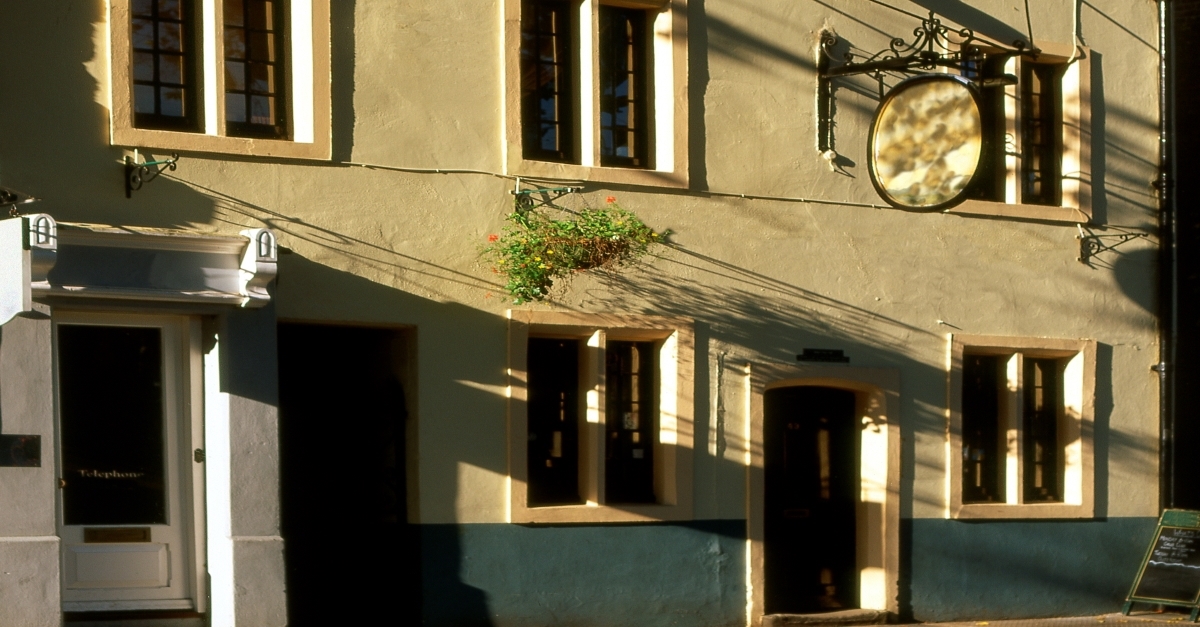 What Defined the Inklings?

There’s been a certain amount of confusion about what defined an Inkling. To clarify, the Inklings were a group of British writers/scholars who met on Thursday evenings to read their work at Lewis’ rooms at Magdalen College, Oxford. The Inklings also had less formal Tuesday morning meetings, usually at Oxford pub The Eagle and Child (or as they called it, “The Bird and the Baby”). Lewis started the Inklings in the early 1930s, taking the name from a disbanded Oxford group. Most of the Inklings were Oxford scholars (some, like Hugo Dyson, taught at other institutions, then moved to Oxford). The Inklings stopped meeting in 1949, apparently due to lost momentum. Some members continued meeting in other contexts.

Humphrey Carpenter’s seminal study The Inklings lists 19 men who are considered canonical Inklings (David Bratman's “A Handlist of Books by the Inklings” lists their works). Occasional or one-time attendees included writer Roy Campbell and fantasy novelist E.R. Eddison (the Mythopoeic Society’s overview of the Inklings defines them as guests).

Alongside guests, various people met the Inklings in other contexts. Roger Lancelyn Green and W.H. Auden knew individual Inklings but didn’t attend Inklings meetings. T.S. Eliot knew one Inkling, Charles Williams, and befriended Lewis in 1959. Before that, Lewis saw Eliot as an enemy (or at least a representative of trends he disliked).

Similarly, Dorothy L. Sayers was friends with two Inklings (Lewis and Williams). Joy Davidman married Lewis in 1956 and knew his brother Warnie. These women certainly had a great impact on more than one Inkling. However, scholars usually refer to them as part of “the Inklings’ circle” or “the Inklings and their associates.”

Who Were the Other Inklings?

Leaving aside Lewis and Tolkien, here are the 17 other Inklings.

Note: Oxford University is a collection of colleges, for simplicity’s sake, individual Oxford colleges are not listed here, except when mentioning specific professorships.

Warren Hamilton “Warnie” Lewis (1895-1973) was C.S. Lewis’ older brother. He had a full-time career in the British Army, serving in both World Wars. In the 1930s, he and his brother moved into an Oxford home called the Kilns, along with Janie Moore and her daughter Maureen. After his military career, Warnie became his brother’s secretary and wrote multiple books on 17th-century France, including The Splendid Century. After his brother’s death, Warnie edited the first edition of Letters of C.S. Lewis.

Charles Walter Stansby Williams (1886-1945) was an editor with Oxford University Press and a novelist, lay theologian, playwright, and poet. His editing work included editing the first British translations of Søren Kierkegaard. Williams is best-known today for supernatural thrillers like The Place of the Lion and War in Heaven. However, some scholars suggest his Arthurian poems (Taliessin through Logres, The Region of the Summer Stars) are the 20th-century’s most important Arthurian poetry.

Arthur Owen Barfield (1898-1997) met Lewis while studying at Oxford and attended Inklings meetings when he wasn’t in London working as a lawyer. He wrote poetry and fiction (including Night Operation and Eager Spring). Barfield was a devoted member of Rudolf Steiner’s Anthroposophy movement and wrote many philosophical works about consciousness (how humans perceive the world). His notable nonfiction includes A History of English Worlds and Poetic Diction.

Henry Victor “Hugo” Dyson Dyson (1896-1975) taught English literature first at Reading College and later at Oxford. Like Tolkien, he fought in the Battle of the Somme during World War I. In 1931, Dyson and Tolkien took a late-night walk with Lewis along Addison’s Walk, where they discussed philosophy and religion. This famous evening led to Lewis embracing theism and later Christianity. Dyson built a great reputation as a dynamic lecturer but published few academic works (Poetry and Prose and Augustans and Romantics, 1689-1830). After he retired from Oxford, former pupil Patrick Garland enabled Dyson to give televised lectures on Shakespeare, which led to his cameo in the Oscar-winning 1965 film Darling.

Neville Henry Kendal Aylmer Coghill (1899-1980) was another one of Lewis’ Oxford classmates. He taught rhetoric at Gresham College and later English literature at Oxford. He wrote multiple books on Geoffrey Chaucer, translated The Canterbury Tales for Penguin Classics, and co-edited three books of individual tales (The Pardoner’s Tale, The Nun’s Priest’s Tale, and The Man of Law’s Tale) with Christopher Tolkien. Coghill also directed stage productions with the Oxford University Dramatic Society and other groups. In 1966, Coghill directed former pupil Richard Burton in Doctor Faustus with Elizabeth Taylor as Helen of Troy. The next year, Burton and Coghill directed the first film version of the play.

Dr. Robert Emlyn “Humphrey” Havard (1901-1985) was a medical doctor who wrote poetry, essays, and book reviews. While he worked as a general practitioner (Lewis was one of his patients), Havard also wrote research articles for leading medical journals like The Lancet. He’s often been mischaracterized as “the only non-literary” Inkling, maybe because he wrote most of his poetry after the Inklings’ meetings ended. Havard attended the same Roman Catholic church as J.R.R. Tolkien and contributed a medical appendix to Lewis’ The Problem of Pain.

Christopher John Reuel Tolkien (1924-2020) was J.R.R. Tolkien’s youngest son. He served in the Royal Air Force during World War II and read Lord of the Rings in draft form. Later, Christopher studied at Oxford and attended Inklings meetings, where he often read his father’s work aloud. While teaching English language at Oxford for nine years, he edited and published books on Old Norse, Old English, and Middle English texts (including the previously mentioned Chaucer translations with Neville Coghill). As his father’s literary executor, Christopher edited and published his father’s material—including The Silmarillion, his father’s translation of Beowulf, and 12 volumes of The History of Middle-earth.

Adam Fox (1883-1977) taught poetry and served as a dean of divinity at Oxford, and later served as a canon at Westminster Abbey. He wrote poetry (collected in Babylon, Old King Coel, and Westminster Memories), edited poetry collections (including Selections from Wordsworth), and published or edited multiple books on assorted subjects (including Plato for Pleasure, English Hymns and Hymn Writers, and A Pictorial History of Westminster Abby).

Jack Arthur Walter Bennett (1911-1981) taught Middle English literature at Oxford and later Cambridge (after Lewis’ 1963 death, Bennett succeeded him as Professor of Medieval and Renaissance Literature at Cambridge’s Magdalene College). Unlike the other Inklings, Bennett was from New Zealand—Ian McNeish described Bennett as belonging to a pre-WWII group of New Zealand exports to Oxford dubbed “the New Zealand Mafia.” He wrote various academic books (including Chaucer at Oxford and Cambridge and The Parliament of Foules) and edited others (Including The Poems of Richard Corbett and Essays on Malory). At the time of his death, Bennett was working on Middle English Literature, 1100-1400, which Douglas Gray completed.

Gervase Mathew (1905-1976) gave free lectures in Byzantine art at Oxford while serving as a Dominican priest. Along with writing several books on Byzantine art (including Byzantine Paintings), Mathew co-wrote a biography of Dominican friar Bede Jarrett. He also wrote or edited several history books (including History of East Africa and The Court of Richard II).

James Dundas-Grant (1896-1985), not to be confused with his father of the same name, served in the Royal Navy during WWI. He met Lewis when he became Commander of the Oxford University Naval Division in WWII and took tutoring sessions on philosophy from Lewis. From there, Dundas-Grant got involved in Inklings meetings. He later contributed an essay to James T. Como’s C. S. Lewis at the Breakfast Table and Other Reminiscences.

John Barrington Wain (1925-1994) taught English literature at the University of Reading and later poetry and creative arts at Oxford. Wain discovered the Inklings because Lewis was Wain’s Oxford tutor, but his writing interests differed enough that he didn't see himself as a full-fledged member. His academic works included a Samuel Johnson biography, several essay collections (including Professing Poetry), and editing poetry collections like The Oxford Library of English Poetry. Wain also wrote various plays, novels (including Hurry on Down and Young Shoulders), and poems (collected in A Word Carved on a Sill and other books). Scholars place Wain’s poetry within the Movement, a group of post-WWII poets that included Philip Larkin and Kingsley Amis.

Colin Graham Hardie (1906-1998) directed the British School at Rome during the early 1930s and later taught classics at Oxford. He published two academic books (Dante’s Comedy as Self-Analysis and Integration and The Georgics: A Transitional Poem) and edited several books on the classics (including David Nicholl’s translation of Monarchy, and Three Political Letters by Dante and Centenary Essays on Dante).

Ronald Buchanan McCallum (1898-1973) taught history and modern politics at Oxford. He wrote several books on political history (including a biography of H. H. Asquith and England and France, 1939-1943). McCallum also wrote Public Opinion and the Last Peace, a seminal book on the Treaty of Versailles.

Courtenay Edward Stevens (1905-1976) taught ancient history at Oxford and worked in Military Intelligence during WWII, creating propaganda to confuse the Germans. He had an extensive career as a tutor and published two history books (Sidonius Apollinaris and His Age and The Building of Hadrian’s Wall).

Charles Leslie Wrenn (1895-1969) taught English language and literature at the University of Leeds and later taught Anglo-Saxon at Oxford. He succeeded Tolkien as Rawlinson and Bosworth Professor of Anglo-Saxon at Pembroke College, and they both contributed notes for the 1950 book Beowulf and the Finnesburg Fragment. Wrenn co-edited English and Medieval Studies: Presented to J.R.R. Tolkien on the Occasion of his Seventieth Birthday. Wrenn also wrote several academic books (including An Old English Grammar and A Study of Old English Literature). 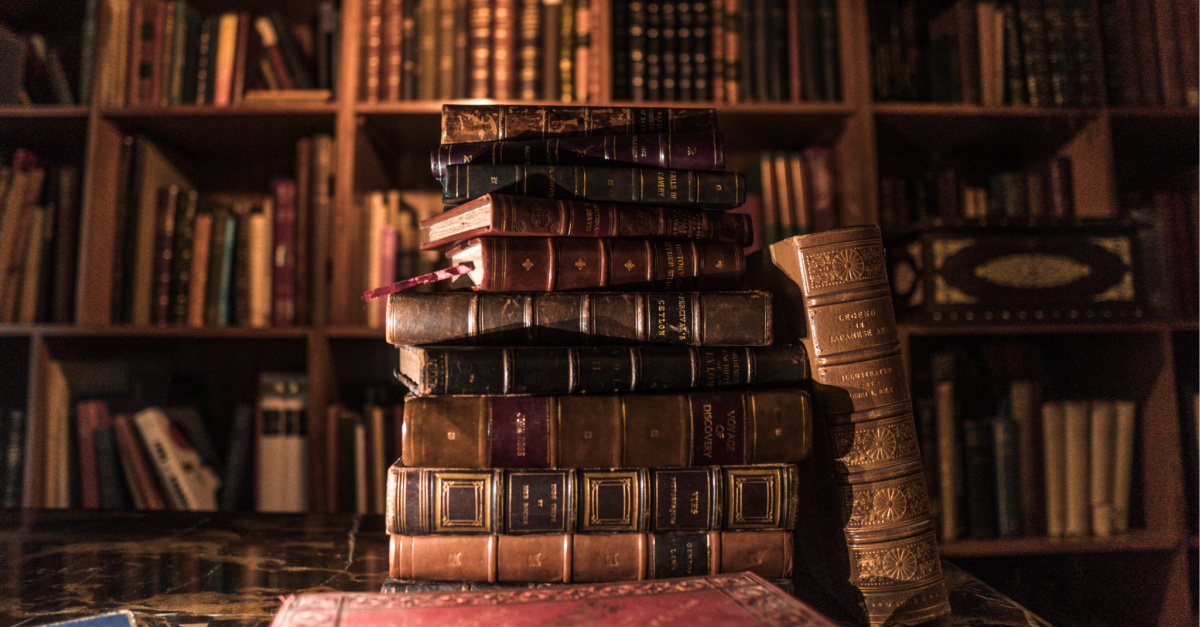 Great Resources on the Inklings

The following are great books and online spaces to learn more about the Inklings:

Who Were the Inklings? By David C. Downing

About the Inklings by the Mythopoeic Society

A Handlist of Books by the Inklings by David Bratman

The Fellowship by Philip Zaleski and Carol Zaleski

The Company They Keep by Diana Pavlac Glyer

10 Things You Need to Know about the Inklings

Last of the Inklings’ Thursday Meetings

Does The Lord of the Rings Have Christian Themes?

G. Connor Salter is a writer and editor, with a Bachelor of Science in Professional Writing from Taylor University. In 2020, he won First Prize for Best Feature Story in a regional contest by the Colorado Press Association Network. He has contributed over 1,000 articles to various publications, including interviews for Christian Communicator and book reviews for The Evangelical Church Library Association. Find out more about his work here.

This content first appeared on Crosswalk.com and is used here with permission. To view the original visit: https://www.crosswalk.com/church/pastors-or-leadership/who-inklings-besides-cs-lewis.html